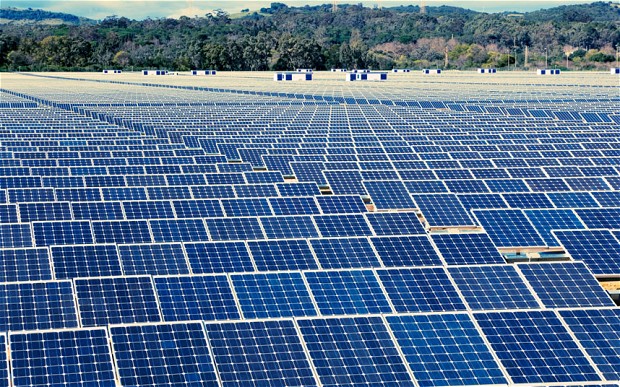 There is no power in many cities and towns in Nigeria

Well first of all we built no power infrastructure for years, In one decade, 1990 to 2001, we built zero power plants added no megga watts to the national grid, so as population increased no new power was generated

Then when we decided to build power plants from 2001, we built mostly only one type of power plant, i.e. gas fed power plants. To be specific from 2005 to 2014, we built 10 gas plants to deliver 4771 megawatts at a cost of $8.47b. We thus get 86% of out power from gas. That a huge imbalance. Russia, for example has the highest gas reserves in the world. Russia produces less than 25% of its power from gas. After we built the gas plants, some had no gas, the ones that had gas were are subject to pipeline vandalism

There is a gas pipe from Escravos to Lagos, if that gas pipe is shut, 7 power plants in the SW with a capacity of 3500mw will shut down. (Egbin, Geregu I and II, Olorunshogo I & II, and Omotosho I & II). That’s the classic definition of putting all our eggs in one basket.

Our transmission infrastructure is weak. Even if there were no vandalism of gas pipes, Nigeria can only comfortably distribute 4522/5000mw of power. Our generation capacity is about 13,700MW from 25 power plants. By building large power plants and then transmitting the power across vast distances to where it will be consumed,  dictate huge investment in transmission infrastructure.

In the Northern part of the country there exist long radial lines that results in a cascading voltage instability. In the North West for instance, transmission power transfer capability is constrained to less than 30% of the 330kV line capacity of 660MW, which translates to less than 200MW.

So we don’t have power because of low power generation base, vandalism to gas pipelines a weak transmission infrastructure. Ok so what’s the solution? In summary, we need to decentralize power generation and distribution. In essence, lets leapfrog the national grid, the same way the telecom companies leapfrogged laying telephone cables.

The plan in Nigeria was to build gas plants, sell them and then use the cash generated to build hydro power plants to add 3,445 megawatts at a cost of between $8.2 and $11b. A major benefit of hydro power stations is that they have significantly cheaper production cost than thermal power. Good, but instead of hydro, can we consider solar power? this is not a pie in the sky, solar works, let’s make the case for solar.

First, Nigeria is situated in Sub-Saharan Africa, a region described by the International Council for Science as having the world’s best solar resources. Nigeria has 485.1million MWh/day of solar energy in natural units and we enjoy an average of 6.2 hours of daily sunshine. Aliyu Musa Kofa in an article states “if solar collectors or modules were used to cover 1% of Nigeria’s land area of 923,773km2, it is possible to generate 1850x103GWh of solar electricity per year, which is over one hundred times the current grid electricity consumption level in the country”.

Third it’s faster to build a solar infrastructure than gas or hydro. compared to the construction of gas and coal-fired power plants, which can take up to three-years, solar power facilities can reach completion within 12 months. Rwandas Agahozo solar park has more than 28,000 solar panels and was built at a cost of $23.7 million in 7 months.

Fourth yes solar can power industrial buildings. Al Gore says that an area the size of 10,000 square feet, can produce enough solar power to feed America for a year, America uses 3,900 billion kilowatt hours of electricity a year. Nigeria is the size of Texas. .

Ok But there is no sun at night? Yes but technology now exists to store solar power in: lithium-ion power-storage batteries. Tesla has designed home storage batteries for both electric utilities (the “Power pack”) and home-scale setups (the “Powerwall”). These batteries can hold 10 kilowatt hours (kWh) of electricity.  The average U.S. household uses about 900kWh of electricity per month, according to the U.S. Energy Information Administration.

Solar City has already begun installing Tesla solar powered batteries, mostly on buildings like Walmart stores. Tesla’s batteries let them store up solar power when they don’t need it, then use it when they do. With batteries that store power, we don’t have to build expensive, long-distance transmissioninfrastructure. What this means is that Sokoto can with $25m build a solar farm, pipe energy to Sokoto town, and store that energy in homes and offices which can be used at night also…no diesel or petrol generators.

So how would this work in practice?

(A) Task States to explore the renewable power potential in their State and generate power. Yes Mambila hydro dam can go ahead but we have to look to renewables sources, especially solar and wind.

(B) Take funds from the sale of the gas plants and PHCN assets and create a renewable power fund. A recent Bloomberg report estimated that renewable energy investments in sub-Saharan Africa would reach the $5.9 billion mark in 2014, and grow to $7.7 billion in 2016. It however noted that the investments are predominantly expected from South Africa, Kenya and Ethiopia, leaving Nigeria out of the top three countries investors seek out for renewable energy investments. Thus we need to create our own fund for now. This fund can get more equity investment from development finance agencies. This fund will act as a source of cheap funding to states at 2% interest rates. States can access these long term funds based on counterpart funding and ROI.

(D) Pass laws to encourage States to build their own grids and power generation infrastructure. The States can build their own state grids using solar farms. The power generated can be fed into these smart grid. Federal and States can pass Feed-in-tariffs laws to guaranteed cash payments to households that produce their own electricity at home using renewable technologies. The excess power generated can be sold back to the smart grid. Solar panels generated 6.8% of the power used in Germany by feeding as much as 24.2 gigawatts of electricity into the German grid on June 6 2015, about the same as 20 nuclear reactors.

To use a case study of the North East, take the statement by Mr Onyekachi Nkemneme of the Yola DISCO, he said that total amount of megawatts being transmitted for distribution to states under Yola Electricity Distribution Company YEDC was below 10mw, The YEDC, has Taraba, Adamawa, Borno and Yobe.

The YEDC which supplied electricity to four states, is not into Transmission and Generation, but Distribution only. In the entire region there is no power generation plant of note. Can these four states wait for hydro dams?

He also noted that the distance between Kainji Dam and North East in particular, was a militating factor in the efficient distribution of power in the region. According to him, transmission from the dam passes through Gombe before reaching Yola, and if there is any obstruction, it will definitely affect supply in Yola.Also some of the weakest system nodes are located in this region due to long electrical distances from generating station. Power transfer capacity to the region is reduced to less than 30% of the line capacity because of voltage regulation problem.

The entire North Eastern region transmission capacity is limited to less than 150MW because of voltage regulation problem. However if the NE has its own grid, feed in by solar panels, it eliminates the need to draw power from Kainji to the NE.

And we have to move fast, our hydro assets are now under threat…

16% of our power comes from Hydro from the Kainji and Jebba power stations, which have a combined installed capacity of 1,330 megawatts, draw water from the River Niger to generate electricity, with Kainji having the capacity to generate 760MW, while Jebba’s capacity is 570MW. There are really small dams for what Nigeria needs.

Up river, Niger Republic is building a dam, the Kandadji Dam and it will pose a significant risk to our power plants. Thus as you can see both our gas and hydro power generation assets are vulnerable, Should the unthinkable happen, Escravos gas pipe fails and Niger build their dam, Nigeria will be power short of about 4300mw….

The Renewable Energy Master Plan (REMP), which seeks to increase the supply of renewable electricity from 13% of total electricity generation in 2015 to 23% in 2025. With a focus on solar we can achieve 50% of power from renewables by 2019…that is feasible. Smart grids, powered by solar can be set up quickly, they can create millions of jobs, and they reduce the pressure on the existing grid.