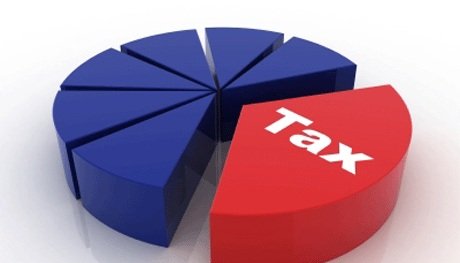 Nigeria is a democracy, practicing a federal, form of government.

Now being a federal govt the duties resources and responsibilities of the state are shared amongst different levels of government ie federal, State and Local governments.

The Military corrupted the federal system in Nigeria and changed it into a de facto monarchy, where the President rules, how? Well the military brought in a unified command structure to the Federation, all decisions were taken at the top; hence all resources had to be moved to the top and shared back down. So the King, sorry President controls the treasury, he get 100% of the taxes and then shared.

The Federal Government controls Defense, Currency, External Affairs ok, but Health &  Education? The Federal Government has arrogated to itself massive power over virtually every economic activity in Nigeria. This makes the States and Local Governments “useless” and makes the cost of running the Federal Government obscene. A key figure to take away is that the FGN spent 42% of its budget on its workers alone (Salaroes and Allowances) to provide these services to the Nigerian people, so whats left to build roads?

What is the problem with Nigeria’s  fiscal structure?

1. The Federal Government legislates and collects all fiscal revenue.

Why is this problem?

Well It deprives the States and Local governments of the ability to use taxation as a means of earning revenue or attracting investment. States like Lagos earn almost 80% of their income from the Personal Income Tax (PIT), but they cannot determine the rate that PIT. The Company Income Tax (CIT) and the VAT are also collected in states. Lagos State may build roads and attract multinationals to Lekki but the Federal Government will take the revenues generated by these multinationals. It also put all the states in the same bracket in terms of tax policy. Ogun state for instance cannot use a lower VAT or CIT rate as an incentive to attract investors from Lagos to Ogun. Yobe state cannot declare a tax free zone to attract Dangote Industries to set up a factory there. States like Lagos also see no incentive to enforce the payment of taxes as these taxes are sent to the centre. The Central Bank of Nigeria estimates that Lagos State has about 60% of the manufacturing and commercial activity in Nigeria. Lagos is the generator of the highest VAT and the highest Customs duty, but it does not see these tax benefits directly. Those taxes instead are shared based on such factors as equality of states (40 per cent), population (30 per cent), landmass and terrain (10 per cent), social development needs (10 per cent), and internal revenue efforts (10 per cent). This sharing formula, discouraging revenue drive, particularly for Federally adjudicated taxes e.g. VAT.

2. The federal government is reckless with spending.

Current fiscal structure created a situation where the Local Governments must exist at the mercy of the Federal and State government. Primary schooling is the exclusive responsibility of Local Governments; the Constitution states, “The functions of a local government council shall include the provision and maintenance of primary, adult and vocational education”. We then wonder how Nigerian children can be educated by taxes charged on items such as fees on marriages, motor parks and bicycles.

Unlike States who can charge Personal Income Taxes generate billions of Naira (like Lagos), the Local governments have been “allocated” very poor means of livelihood and are thus unable to serve the citizens of the LGA.

What can we do about it?

A.   Amend the constitution to allocate to the three theirs of the federation appropriate income-generating taxes to enable them fulfil their constitutional requirements. The federal government cannot simply tax the wealth of Nigeria and spend it on only the federal workers. Such a move will discourage the payment of taxes.

B.  Devolve most of the powers from the exclusive list to the concurrent and the forth schedule or and duties of the Local governments e.g. Insurance, stamp duties as a whole, and VAT. give the states and local governments real powers for especially Education and Health.

In the USA (where we copy our Federal system from) the States and Local govt fund 90% of the education cost through collection of sales and property taxes respectively. The Federal Government can give grants, matching special funds and emergency spends, the Federal Government can also set out broad policy, invest in health prevention programs but cannot, cannot control education and health in states and local govts.

Lagos as a state enjoyed federal presence, the Federal Government built roads, estates, hospital, airports. When the Federal Government left, Lagos State was left to care for all those assets, and was generating only N600m monthly in 1999. When Bola Tinubu left he was generating N6 billion a month.  Fashola was generating N20 billion a month. Lagos was sited by the World Bank as the State with only functioning public hospital scheme in Nigeria. Quality roads are being built, Bar Beach was reclaimed from the Atlantic Ocean; remember all this was done when OBJ withheld the Federal Allocation to Lagos, necessity is indeed he mother of invention. Today Lagos State survives without “Abuja” money even, though on all criteria they deserve most of the Abuja money (Population, Assets, etc). someone will say “Lagos was already developed” I say the leaders in Lagos have done a good job, do you know you can sit in your office, log unto a website and pay your PAYE taxes in Lagos, and a tax card will be brought to you, Federal didn’t do that, Lagos did, they are fixing their problem

C. The states and Local governments should share VAT generated in their state. States to determine and charge Personal Income Tax, Local Governments to charge Property taxes, and collect the education taxes• Then let the consumption tax ie VAT be retained 100% by the States producing them.

This is fair and equitable. So Lagos State gets 100% of the VAT generated in Lagos State. What happens in Nigeria is that Lagos generates VAT; it is taken to the Federation Account. Then the FGN allocates a reduced portion of the VAT Lagos collected back to Lagos, who then uses it to build roads or fund hospitals. So let’s just cut out the Federal middleman. It is unfair that States that have invested millions to repair roads like Lagos State and have attracted investors should be shortchanged and lazy states are rewarded. Remember we cannot make the weak strong by making the strong weak. Only about 2 or 3 states out of 36 generate enough revenue to even pay salaries, let alone build roads. Almost 33 states are lazy, ie cannot survive without “Abuja” money. Pass a law that will cap how much of the Federal, State or Local Government earnings can be allocated to recurrent expenditures. This is specifically to forestall a situation where taxes are charged just to maintain the lifestyle of workers.

It’s important to note that The former president of the Nigerian Bar Association has presented a private bill to the National Assembly for an Act to alter the Constitution of the Federal Republic of Nigeria 1999 by creation of the States Court of Appeal, introduction of Federal and State Legislative Lists and adjustments/modifications of legislative powers of government between the Federal and State Governments.”Agbakoba said the present “bloated federal system” had made governance too expensive to support any meaningful development in the country. the bill seeks to replace the “Exclusive Legislative List” with “Federal Legislative List” with respect to powers limited to the federal government and introduced the “State Legislative List” for powers exclusive to the state governments. Issues recommended in the bill for devolution to the states include natural and mineral resources, excluding petroleum and gas; agriculture; micro finance banks; municipal police, state appeal courts; solemnisation of marriages; incorporation of business enterprises with state objects; taxes on income and profits within states, other than income and profits of companies; regulation of labour and industrial relations at the state level, including prescription of minimum wage; and evidence. It is our problem and we will fix it.

Its our problem, we will fix it.