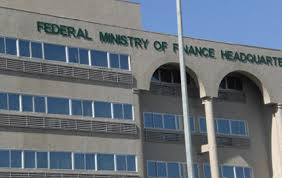 1. The Ministry of Finance will bailout states with N10.9b ie Ten Billion, Nine Hundred Million Naira.
2. The Ministry of Finance says its not a bailout…they call it a “deferment”…
3. I call it a waste money, a waste of borrowed money.
4. Some State Governors as reported by the ICPC have diverted the NLNG bailouts, yet the Minister of Finance that promotes “efficiency” is giving them more borrowed money…
5. Moral Hazard is now fully in force, The FGN is now responsible for state obligations…..or how will it explain bailouts in January and no bailouts in March?
6. Can the FGN afford these bailouts? NO! The FGN itself is borrowing N1b a day to pay salaries of her own workers…the FGN also plans to borrow to pay “poor” Nigerians N5,000 a month.
7. There is NOTHING wrong with borrowing, there is nothing wrong with debt, or deficits, but when you borrow to pay salaries, or pay for expenses of State Governors, your wasting borrowed money.
8. Who will then bailout the FGN? its obvious, you and i will, we will pay Stamp Duties, Tax on GSM calls, just so the Federal Government can give loans to Governors to spend at will….or worse, the FGN will simply print Naira….
these guys are not solving any problem, they are compounding the problem….
http://www.dailytrust.com.ng/news/business/fg-to-settle-creditors-for-states-debt-after-relief/143887.html