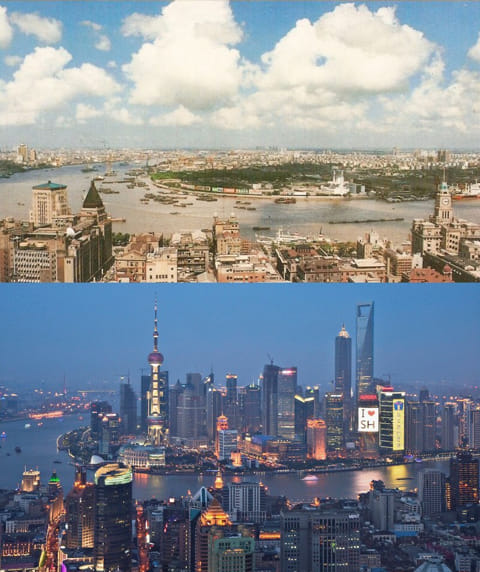 I remember when the Charles Soludo said Nigeria should aim to be “China” and allow South Africa become “Japan”..

There is really no China model….there is just a China result.

Since the creation of man, China has taken more people out of poverty in the shortest time. It is really amazing what the Chinese have accomplished, according to the World Bank, people in China living below international poverty line fell from 755 million in 1990 to 0.7m in 2015….simply amazing

How did China do it? China grew by simpy unshackling her economy from direct Government control and investing massively in education…China effectively created “embassies” of Western democratic and capitalist ideals of free movements of labor, competition and access to capital. It was this direct strategy of inviting the West to invest in China in special economic zones like Guangzhou to sell to the Chinese market and investing in their own people to learn the Western ways and Technology that allowed the Chinese Communist Government to create wealth at the micro level via jobs and eliminate poverty so fast.

To achieve a “China: result is to have a clear economic and social investment plan for decades that will be implemented which ever Government takes over…education is not a socialist or capitalist idea…..its simply an investment into the future. A nation with the highest number of kids cannot become “China,” it will remain “Nigeria”

To achieve “China” also means a nation let’s go of managing failed State run enterprises like Ajaokuta and the National Stadia, and allowing the best to manage these resources. A nation that retains Government control of the three failed refinaries and imports refined PMS cannot be a “China” but will remain a Nigeria.

China also means prudent saving of fiscal surplus, retraining and positioning the civil service as an elite arm of Government that implements multi year planning. No nation that hires and promotes civil servants based on State of Origin rather than competition will become a “China”….she will remain a “Nigeria”

Most importantly, “China: means a realization that a nation is measured not just by Macroeconomic GDP but by Microeconomics access to healthcare and food….The Chinese model in summary is a focus on the Chinese….their welfare, their security their total well being.

China would never have been “China” if it built an “Eko Atlantic City” in then shadow of a Mushin slum….People matter…not just projects