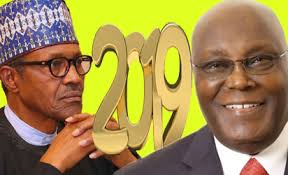 The campaign of Atiku Abubakar and Peter Obi has an O J Simpson problem.

Orenthal James Simpson was arrested for the alleged murder, of his ex-wife Nicole Simpson and her boyfriend Ron Goldman, both were found stabbed to death.

In legal terms, this case was a slam dunk for the police and prosecution…let me review some key evidence gathered…

I think you get the picture, these were just some of the evidence presented by the prosecution.

What happened? Well the prosecution got sloppy, they used the DNA from the blood on the scene as evidence, but DNA was still new at that time, they did not cover the blood from sunlight and the defence successfully argued to the jury that the DNA was contaminated, so all the blood stuff was out. There is a lot more to this, you can google the details, but the lesson is clear, evidence is not enough? You must convience the jury with that evidence.

Let’s come back to Nigeria.

The evidence of incompetence is overwhelming…

Facts are not enough.

The Jury will not find Buhari guilty because Boko Haram has retaken Baga, the Atiku and Obi team must show the Jury that evey kobo spent to “redefeat” the already defeated Boko Haram is less money to spend on building roads to take tomato from Kaduna to Lagos.

I have linked Boko Haram attacks in Baga to wealth in Lekki and Retirement Saving Accounts. The jury, sorry voters in Alimosho do not care about Baga and Boko Haram, but they cares that they cannot sell land in Lekki because poverty has increased, thus no buyers. A Political campaign is not an exercise in fact generation and debates, it’s an exercise in speaking to a jury of voters and convincing them that the man in the dock is “guilty” of failing to keep his promises.

Alhaji Atiku, your job is not to defend your record, your job is to ask Buhari to defend his record. You job is to explain to the jury why they should find the “defendant” guilty. If you mishandle data and evidence, it will be thrown out by the judge and the jury will not consider that data in the final determination of guilt.

Alhaji Atiku Abubakar, data is enough, you need to use data to convince a jury….key point…CONVINCE A JURY