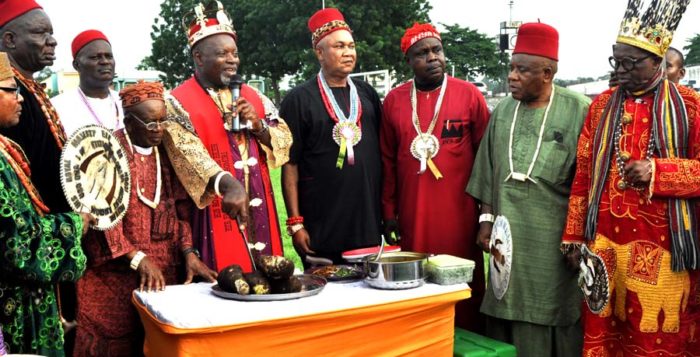 Who died and made Valentine Day about flowers and chocolate?

Probably a smart advertising executive, I mean consider that Americans will spend $18.9b on Valentine Day shopping, according to the National Retail Federation consumer spending survey.

Valentine is about retail, not romance.

Consider Easter, a holy day but also a day for the Easter eggs, and chocolate bunnies. …..according to the National Retail Federation. Americans are expected to shell out a combined $16.4 billion on multicolored plastic eggs, chocolate bunnies, and marshmallow Peeps and other holiday staples, up from $15.9 billion in 2014. Christmas Day is also now about a Christmas Tree, toys, and eating rice, in the UK alone, shoppers spent GDP 441,000 every minute on Christmas Day 2014. However Black Friday is the grandfather of holiday shopping, The American holiday of Thanksgiving gives way to a shopping frenzy of frenetic shoppers fighting for bargains.

The model seems simple, pick a holiday or event, brand it, monetize it, and create local jobs.

It may appear to be an excessive amount of consumerism at play, but it all makes economic sense, shopping and spending creates demand for stuff, people make stuff, people making stuff are employed, employed people grow an economy. After the 9/11 attacks President Bush had a message for the American people, “go shopping”….but he had a point, consumer spending was 40% of the economic activity in America. If Americans stop using their credit cards, the economy grinds to a halt, and jobs are lost.

An economy is really about transactions, micro and macro transactions between individuals and firms, the job of the government is to encourage and accelerate these transactions, to clear the transaction expressway so to say.

So in the time tried and tested method of copying what works, we also in Nigeria should look for opportunities to brand our own local festivities, convert them to economic activities and create jobs.
For example, every year millions of Nigerians travel from all over the world to South East Nigeria for say 2 weeks, how have the state governor’s trapped commerce from these “visitors”?

Landing in any airport in the West you have the option to buy souvenirs, pins, mugs, hats…we buy and wear with pride, put on our fridges.

If there was an Aba or Ekiti Mug or label pin would the Nigerian diaspora buy? If there were Kano Pillars shirts at Abuja International Airport would the diaspora buy? We can only know when it’s available

But these are small things…

Ok let’s look at festivals, the New Yam Festival, have we really branded it? I attended a bonfire in Abuja, we were given marshmallows to roast….marshmallows not yams. Why have we not created a one week eating ceremony around yam? Get the Nestle to sponsor a yam sauce making contest, attract people that will stay, eat and spend? What about plain simple New Yam Festival T-shirts? How hard is that?

Looking at Osun River Goddess festival, have we really commercialized that ceremony? I have seen people go to Israel and return with tubes of River Jordan water… on Amazon 200ml bottles of Holy River Jordan water is sold for $10.25, that’s about N2,500 for 200ml of river water….is anyone selling holy Osun River water and paying taxes?

Have we milked the slave trade? Do you know how much the South East can make charging African America “Roots Tour” where tourists are taken on the ancient Arochukwu slave trade route? With stop stations, hotels, food, branded palmwine, special slave gear, hospitals, security, car hire, photographs, souvenirs etc…….do you know how many jobs I have just listed? Local jobs? Robin Sanders the African American US Ambassador to Nigeria went there to visit, there is small museum there, the Slave Museum of Arochukwu, its just sitting there untapped….

I mean in Americans, there are paid tours of the Underground Railroad that saved escaped slaves, people pay….. The New York City Underground Railway tour cost $35 per person….

In Senegal, Heritage Access, a tour company offers an 8 day tour of Senegal at $1,999.99 per person including flights from New York. Goree Island is a big tourist attraction because of its history as a major slave-trading center. Instead of reparations, push tour packages

So why not rebrand Osun River festival, calls in experts, monetize it, offer a package to African Americans, complete with Yoruba names and spiritual rebirth for $2,500 per person….planes will be filled, forex earned.

Lagos had the bar beach, now gone, Lagos had the Kuramo beach, now gone, Lagos has the Elegbusi beach, I recall driving for hours to watch Fela perform at Lekki Sun Splash decades ago, today those places are washed away, beaches littered with plastic and beached ships…a national asset wasting away….can’t we do to Elegbusi what Brazil has done with Copa Cabana? Again how hard is it?

So it’s not just PAYE, FAAC and agriculture that can replace oil, tourism also remains key.

The state governments have to create the conditions for the private sector to monetize events and create jobs. This is an economic active that should be left to professionals to manage. Cross River has shown that it’s possible to brand, execute and monetize an event successfully…

Let me end with Aragungu fishing festival, this festival covers the entire spectrum, of how to and how not to do this tourism thing.

Aragungu fishing festival is an event that started in 1934, to mark the end of hostilities between the Sokoto and Kebbi Caliphate.
This event was so popular the Nigeria government put it on our stamp and currency. A hotel was built in 1987 to house the visitors that come, the festival had seating stands where tourists could sit and watch the fishermen., MTN sponsored it, it has been attended by 3 Nigerian leaders Gowan, Obasanjo and YarAdua…..but no festival has held since 2009…why?

Well reports are vague but it appears in in 2010, President Yar’Adua’s death on May 5th 2010, meant that the state could not hold a major event because the governor was late Yar’Adua’s son-in-law.

In 2011, it was an election year and the usual festival period clashed with the election season and so it did not hold.

In 2012, the state was preparing for the re-run governorship elections following the Supreme Court annulment of the election of the state governor and the ordering of a re-run.

So for Arugungu, elections trumps tourism, all those local jobs that fed from Arugungu, now dormant. It should not be so….

Tourism creates jobs, jobs feed an economy….more jobs more prosperity, that’s how it should be