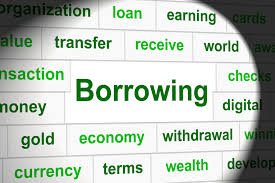 How then does The FGN pay salaries? simple it borrows by issuing FGN Bonds and Treasury Bills. These borrowing in the fiscal year are reflected in the deficit figure which represents the difference between income and expenditure in that period. In 2017 for instance the deficit figure was N3.8 trillion…yes Trillion with a T. The FGN cannot just pay salaries, it builds roads, pays fuel subsidy, buys arms for the Armed Forces, fuel for cars, pays rent etc if you take away these  expenditures from Grand Total incomes stated above then the deficit implicit in the budget rises.

Higher Incomes  usually lead to consumption which boost economic activity and creates wealth, Higher incomes for Nigerian workers will have a stimulating effect on the economy, but how will the FGN fund the salary increases? from crude oil? from VAT how? if you raise taxes on 180m Nigerians to pay for salary increases to less than 500,000 federal workers, that tax hike will act as a damper not a stimulant.
The solution is for the Federal Government is not mounting “diversification” but to to expand its revenues sources by increasing opportunities for her citizens to generate wealth.  Nollywood for instance was created without Government support, the policy makers should now ask themselves how they can double the size of that industry to attract more productivity and innovation thus expanding ability to earn revenue from taxing incomes generated.
The job of the government is to create the conditions for her citizens to create wealth in a safe, legal and gainful manner.
http://www.budgetoffice.gov.ng/index.php/quarterly-budget-implementation-reports/2017-budget-implementation-reports